Looking for a fun preschool science activity to introduce the concepts of sinking and floating?  Try the dancing raisins experiment!

To make this experiment even more engaging for your preschooler, we’re going to name each raisin before we drop it into the soda. (To be honest, this will also help prevent the soda from overflowing like it did for me in the out-takes at the end of the video. The time you spend naming each raisin prevents you from dumping them in too fast, which is what causes the soda to overflow!)

But why would your kids want to name their raisins? One reason is that kids have great imaginations and love exercising them.

But just to make sure your kids get into the spirit, Bob the Dragon and I shot a short video that sets up a fun back-story about the raisins. Watch this video with your kids:

The Science Behind It

When you drop a raisin in the bottle, it sinks because raisins are denser than soda. But the carbon dioxide bubbles in the soda are much less dense than the soda itself. When the bubbles attach themselves to a raisin, the density of the combined raisin/bubbles is less than the density of the soda, and they float to the top. When they hit the surface, the carbon dioxide is released into the air, and the raisin sinks back down into the soda.

The process repeats itself over and over until there aren’t enough carbon dioxide bubbles to counteract the water-logged raisin’s density.

Explaining the Experiment to Preschoolers

To explain this to preschoolers, we usually use the terms heavier and lighter, rather than denser and less dense.  The explanation would focus on raisins being heavier than soda, so they sink. The bubbles are lighter than soda, so they float. And when the bubbles stick to the raisins, they help them float too.

Ask your preschooler if he or she can guess any other items that are light and would float in soda. How about items that are heavy and would sink? Then head to the kitchen, pour the soda into a large bowl, and find some items to test. Give the items nicknames based on whether they sank or floated — Gary the Floating Grape, Fred the Floating Ice Cube, Sarah the Sinking Spoon, etc. Be creative, and have fun!
And, of course, celebrate your preschooler’s good work on this experiment by watching the reward video together: 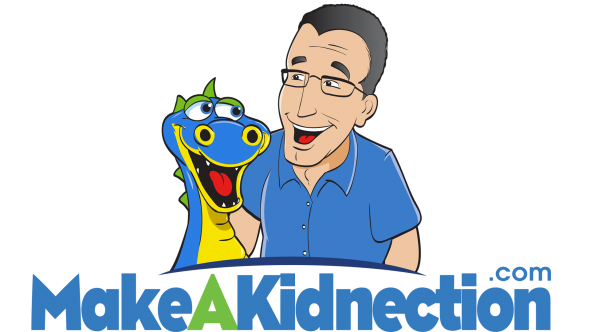 Curt Nelson is a former science teacher and school assembly presenter. Now he (and Bob the Dragon) use stories to make learning science fun at MakeAKidnection.com. Follow along with him on YouTube and Facebook.

Counting games for K-2 The ultimate list of phonics freebies Why play dough is important
Ice cream count & match #1-10
Letter I Activities for Preschool (a peek at our week!)