Here’s a simple free game that will get your learners thinking and writing about nouns! 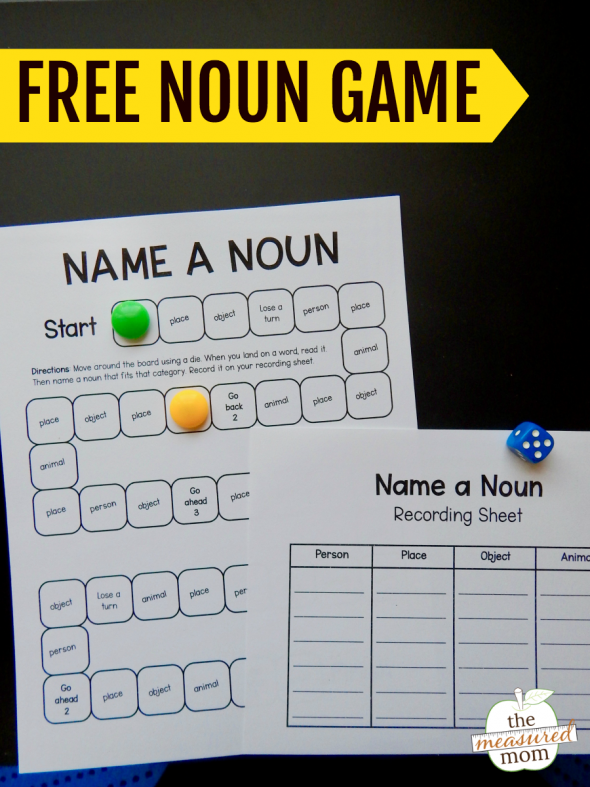 This is the year I hope to create and share more resources for older learners (grades 2-3) on The Measured Mom. On the top of my list?  Printables and games for learning parts of speech. 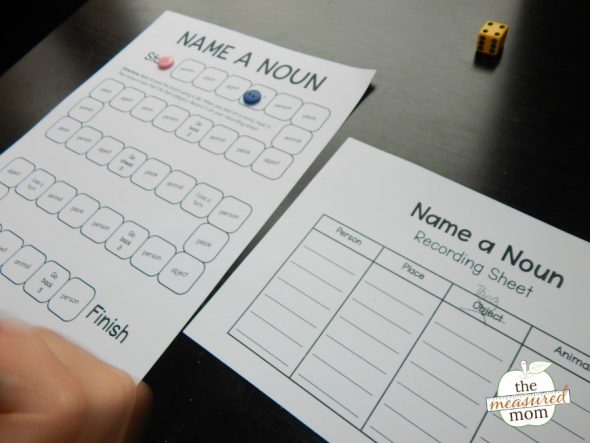 I played this noun game with my second grader.

To play, we simply took turns moving around the board using a die.

When my Seven landed on a space (which was labeled person, place, object, or animal),  he wrote an example of that kind of noun on his recording sheet. 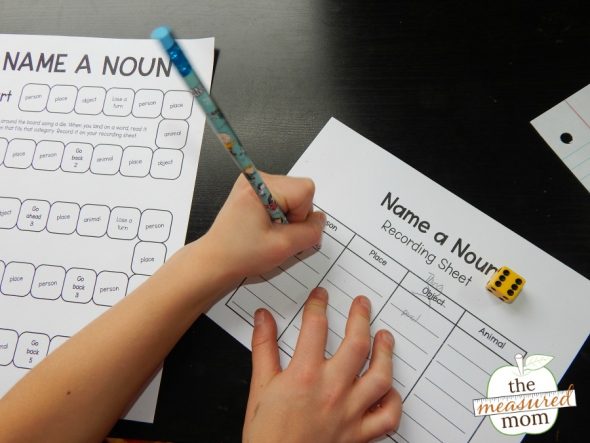 My Seven enjoyed this game. He liked using his creativity to come up with different examples of nouns. 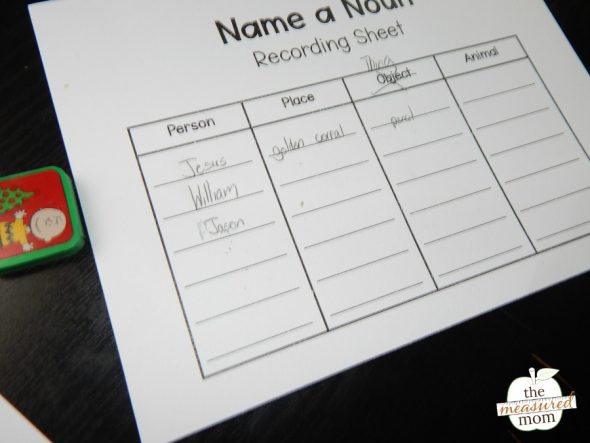 I liked that we had a chance to talk about common and proper nouns. For example, after writing golden corral under “place,” I reminded him that the names of specific places need to begin with a capital letter. 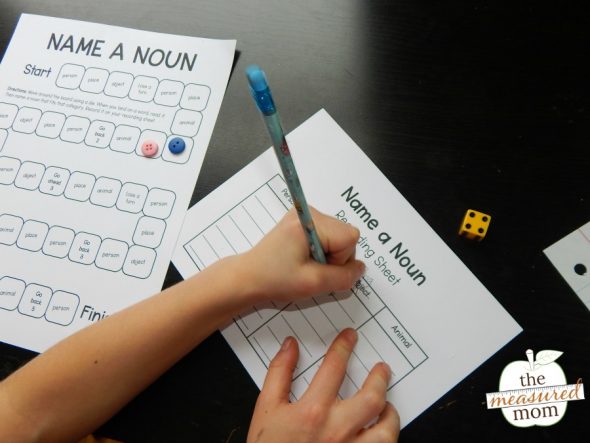 He did a great job (and please ignore his pencil grip – it makes me cringe, but I can only pick so many battles with my Seven). 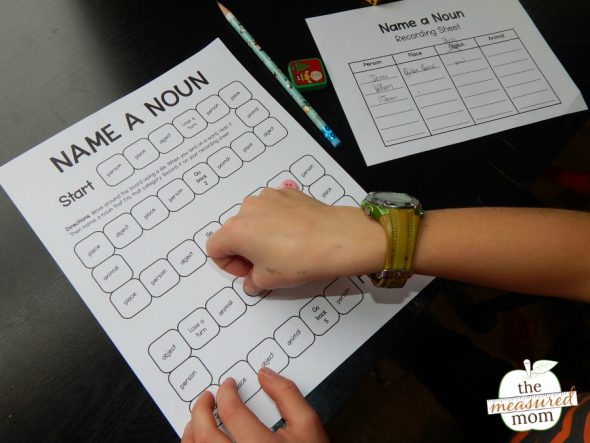 Do you think this game will work for your learners?

Here are some teaching tips:

Get your free name a noun game!

Members of The Measured Mom Plus get access to even more printables – plus quick video trainings, no-print resources, and more!